One of numerical approach which can be used to study about process rainfall and it’s relation with land stability, especially landslide. SLIDE model has been used by Fredlund et al. (1996) and Montrasio and Valentino (2008). They present a mathematical model that translated the physical phenomenon of rainfall triggering processes. This model highlights the destabilizing forces by the water down-ﬂow and the contribution of partial saturation to the shear strength of the soil. Research by Liao et.al.(2010) give us explanation about prototyping early warning system for landslide using rainfall-induced parameter.  Schematic SLIDE Model shows in figure below: 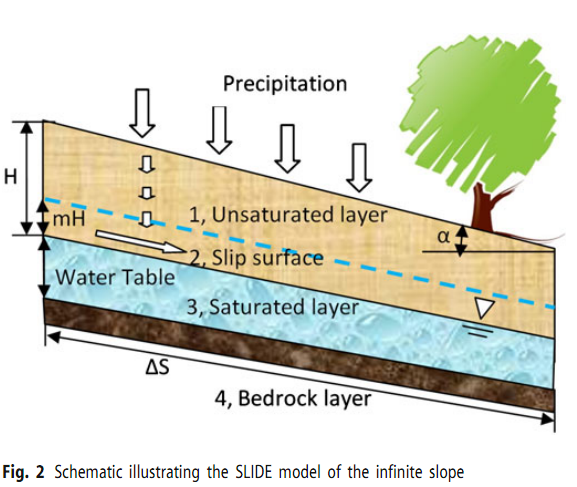 with this model, actually we want to know the relation between rainfall and land stability. Dealing with case studies which using this model, we can calculate FS ( factor of safety) in slope ( using numerical approach to predict FS number in specific place). This is the formulation of FS:

This is how to calculate each part in formula above:

Information about symbol and values for calculation 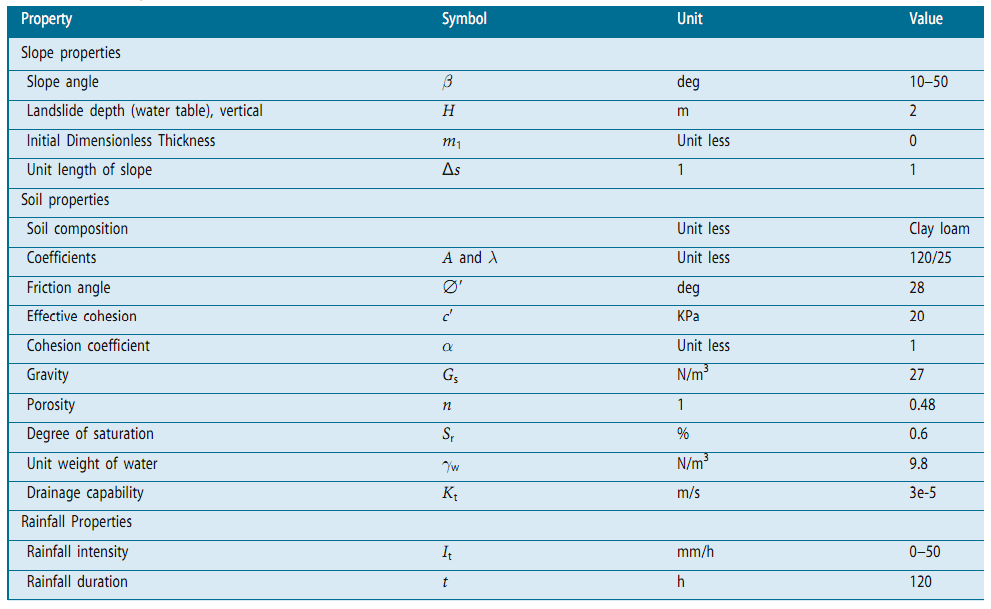 Result of calculation is FS (Factor of Safety) can be used as parameter stability in Early Warning system design. The FS is defined as the ratio of resisting forces over destabilizing forces on a soil slope. FS=1 suggests that the slope is slipped, and the smaller the value the less stable the slope is.

Houghton , J.T.et.al. Climate Change 2001: The Scientific Basis. Intergovernmental Panel on Climate Change. Published by the Press Syndicate of the University of Cambridge.

This site uses Akismet to reduce spam. Learn how your comment data is processed.